To be notified when registration opens email: Parks@culpepercounty.gov
Subject:  2014 registration

The warm Saturday morning air and golden sunshine provided a summer-like atmosphere for the 435 cyclists that milled about making last minute adjustments to their bikes in front of The Bike Stop.

In the minutes before the start of the 6th Culpeper Cycling Century, held in downtown Culpeper, their bike jerseys created a mosaic of color as they cranked the pedals on their bikes of various colors, designs and shapes down Main Street.

The cyclists chose courses of 35, 65 and 100 miles through the scenic Culpeper countryside.

There was a wide range of cycling experience among the masses, ranging from beginners to road veterans. However, what all cyclists had in common is a love of cycling and a love of the Northern Piedmont in fall, even though it felt more like summer.

All the cyclists started their courses on West Culpeper Street. The eager cyclists gathered to tally some mileage while most people were content to be eating breakfast.

“It’s feels great to sponsor such a well organized event with tremendously good feedback from the participants. It’s good for our business, but more importantly, it’s good for our community,” said Eric Robinson, who became the owner of the Bike Stop this year.  “We are glad to help support this each year.”

In the hour before the start, groups of cyclists registered, picked up commemorative T-shirts, stretched, gulped a few donuts and shopped at the Bike Stop. Cyclists also registered for the chance to win door prizes.

For one rider among the hundreds, there was a combination of personal satisfaction and business.

“It’s fantastic. We had 341 preregistered and probably another 100 walk up today, I’m ready for another great ride,” said Charlie Barrell, a local attorney and president of the Culpeper Recreation Foundation. “We have great numbers. I’m doing the 65 mile course and I’m sure it’s going to be hot by the end of the course today.”

Last year the event had 372 participants.

The event’s proceeds benefit the Culpeper Recreation Foundation, a 501c non-profit that promotes recreation within the county while providing funding and support for the Culpeper Sports Complex.

Some cyclists were locals while others made the journey from further away.

For one trio of cyclists it was a family outing.

“I’m from Reston and it’s my second Culpeper Century,” said David Kerry, who was tackling the 65-mile course alongside his wife Nancy and son. “I really enjoyed it last year. It’s a lot warmer this year and I’m sure the hills might be steeper too. Nancy used to live in Culpeper and boy has this town really grown.”

“Our goal is to go to the first rest stop, then the next one, that’s how we approach it,” commented his wife with a smile.

Strategies were often mixed with humor.

“I’m worried that my beard might not be very aerodynamic,” commented Eric Kidd, of Culpeper, sporting a Grateful Dead cycling shirt.

Parks and Recreation planners were thrilled with the turnout and support for the event.

“It was really hot, but overall, I think it went very well.  We had plenty of support from the Town of Culpeper Police Department, the Culpeper County and Madison County Sheriff’s offices, numerous volunteers and great but warm, weather.

The cyclists, overall, were very happy and enjoyed the ride,” said Tabitha Riley, programs coordinator for Culpeper Parks and Recreation. “This event would not be possible without the support of the sponsors and volunteers.  The monetary contributions the sponsors make help cover all the food and supplies for the event.  The volunteers to help run the rest stops make the sandwiches, mark the roads, and help with numerous other small tasks.”

New this year, the Culpeper Amateur Radio Association (CARA), assisted with volunteers.  They had radio operators at each of the rest stops to help provide real time support and communication between the event coordinators stationed at The Bike Stop, the SAG (support and gear) vehicles, and the volunteers at the rest stops.  CARA was a key addition to the event, according to Riley.

Left over snacks and lunches were donated to Manna Ministries, to help with their mission of free lunches, according to planners.

Marshall Conner is a regular contributor to the Culpeper Times. He can be reached at kelpiescot@gmail.com.

Jonathan, a 2011 century participant, made a video of the ride. Watch, enjoy, then join us!

Have your name listed here. 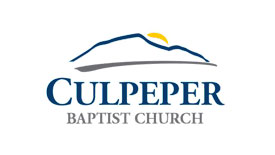 FRIENDS OF THE CCC